National, Regional and Local Conferences organised by the Sea of Faith Network (UK)

The Sea of Faith Network

We alone create our religion and our faith

Edited transcripts of the conference talks can be found in Sofia no.105

The subject of the conference was religion and psychology, getting to the heart of our understanding and appreciation of religion as a human creation, the evolution of our brains, and our behaviour as the earth's most intelligent species.

Colin Blakemore, Professor of Neuroscience at the Universities of Oxford and Warwick, Honorary Associate of the National Secular Society, and writer and presenter of "God and the Scientists", part of the 2009 Channel 4 Series "Christianity: A History"

Alan Allport, former Professor of Experimental Psychology at the University of Oxford, currently reinventing himself as a field naturalist. He is passionately concerned about the future of humanity in a warmer world.

Edited transcripts of the conference talks can be found in Sofia no.101

Edited transcripts of the conference talks can be found in Sofia no. 97

FOR THE COMMON GOOD

Tim Jackson, Professor of Sustainable Development at the University of Surrey, Director of the ESRC Research Group on Lifestyles, Values and Environment and author of Prosperity without Growth – economics for a finite planet (Earthscan, 2009)

Chris Howson, Chaplain at the University of Sunderland and author of A Just Church – 21st century Liberation Theology in Action (Continuum, 2011)

Edited transcripts of the conference talks can be found in Sofia no.109 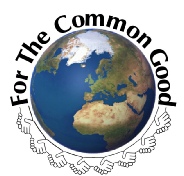 Derek McAuuley, Chief Officer of the General Assembly of Unitarian and Free Christian Churches. He takes the view that "Unitarianism and Free Christianity, from its position on the boundary, can be a bridge between people of different faiths and none"

Keith Porteous Wood, Executive Director of the National Secular Society, Keith has been described as "a radical activist in a business suit". He has raised the campaigning profile of the NSS both nationally and internationally.

Edited transcripts of the conference talks can be found in Sofia no.113

BEING CHURCH - on a rising tide?

Sea of Faith in the Churches (SoFiC) is a special interest group within the Sea of Faith Network that explores the interface between churches and SoF, and is open to anyone who is interested. It provides a meeting place for those SOF members (and their friends) who find themselves in the midst of, or hovering on the edge of, the Christian Church.

Edited transcripts of the conference talks can be found in Sofia no.104

OUT OF OUR MINDS - What can offer towards a healthier world?

David Boulton is an author, journalist and broadcaster. His early work in broadcasting as Editor of "World in Action" and as head of Granada Television's Drama Documentary Unit won him the Royal Television Society's Cyril Bennett Award for "creative services to broadcasting " in 1981. David has written for many publications including The Guardian, The Observer, New Internationalist, New Humanist, Sofia and several Quaker journal, exploring the interface between humanism and progressive Christianity -He is both a Quaker and a Humanist and is founded the Nontheist Friends Network.

Andy Pakula is an non-theistic Unitarian minister. He is the minister of New Unity, a Unitarian congregation located in north London, which has grown over the past decade to become one of the largest, most vital congregations in the British Unitarian movement. Andy was born in New York where he grew up in a secular Jewish family. He has a doctorate in biology and a Master's degree in business administration both from the Massachusetts Institute of Technology. He has worked in biotechnology both in science management and business development.

Edited transcripts of the conference talks can be found in Sofia no.113 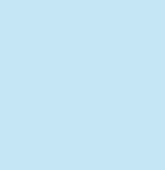 SECULAR RELIGION - an oxymoron or the future?

Richard Holloway, Bishop of Edinburgh from 1986 and Primus of the Scottish Episcopal Church from 1992 until 2000 and  now regarded as one of the most outspoken and controversial figures in the Church, having taken an agnostic worldview, commenting widely on issues concerning religious belief in the modern world.

Sea of Faith in the Churches (SoFiC) is a special interest group within the Sea of Faith Network that explores the interface between churches and SoF, and is open to anyone who is interested. It provides a meeting place for those SOF members (and their friends) who find themselves in the midst of, or hovering on the edge of, the Christian Church

This conference focused on areas of the church’s work which are undergoing change.  We asked how these changes appear from a non-realist Sea of Faith perspective and about the impact on the CoE of women’s leadership and the involvement of the church in our hospitals and in end of life car

The main speaker was the Revd Meg Burton - hospital chaplaincy has changed beyond recognition since last century. Revd Meg Burton, long-time hospital chaplain and co-editor of the international Journal of Health Care Chaplaincy has been in the vanguard of these developments and described the current model. Meg was the chaplain member of the working group that, in response to concerns about the Liverpool Care Pathway, devised new protocols for end-of-life care.

THE NECESSITY OF HOPE

Professor Richard Norman & Doctor Anthony Carroll. The title of their talk was "Hope, Faith and Redemption"

Dinah Livingstone's talk was entitled "Hope for Humanity - A Theology of Liberation and the Beautiful City".

IS THAT ALL THERE IS?

Ernie Rea, presenter of Radio 4's discussion series "Beyond Belief".  His talk was called "My Journey of Faith".

Avril Robarts. Her presentation was entitled "This and That: A life of perplexed practice with emphasis on Indian tradition". 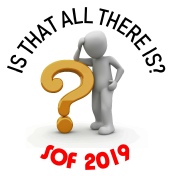 Can our feelings of compassion, empathy, ethics, mortality, survive in the face of the increasing and seemingly dehumanising pressures and demands of the IT age?

Richy Thompson:   Campaigning for Being Human

Abbey Day:    Believing in Being Human

Transcripts of the main talks have been published in the September issue (no. 125) of our 'sofia' magazine 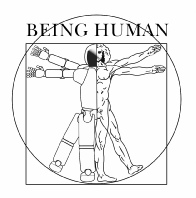 IN THE BEGINNING WAS THE WORD - Religion as Poetry and Story?

A Conference DVD recording is available from Chris Avis.

Transcripts of Mark Oakley's and Dinah Livingstone's talks were published in issue no. 124 of Sofia.

Salley Vicker's talk was published in  issue no 126.

Transcripts of the main talks have been published in the September issue (no. 125) of our 'sofia' magazine

John Breadon, Assistant Chaplain at Eton College: "I was religious but now I'm..."

Andrew Brown, Minister of the Unitarian Memorial Church, Cambridge: "The freedom to be tomorrow what we are not today"

Professor Cush's and Doctor Breadon's transcripts are now available in Sofia no.121.

Andrew Brown's transcript is on his personal blog. 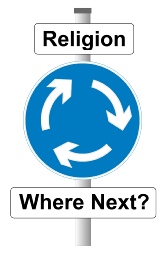